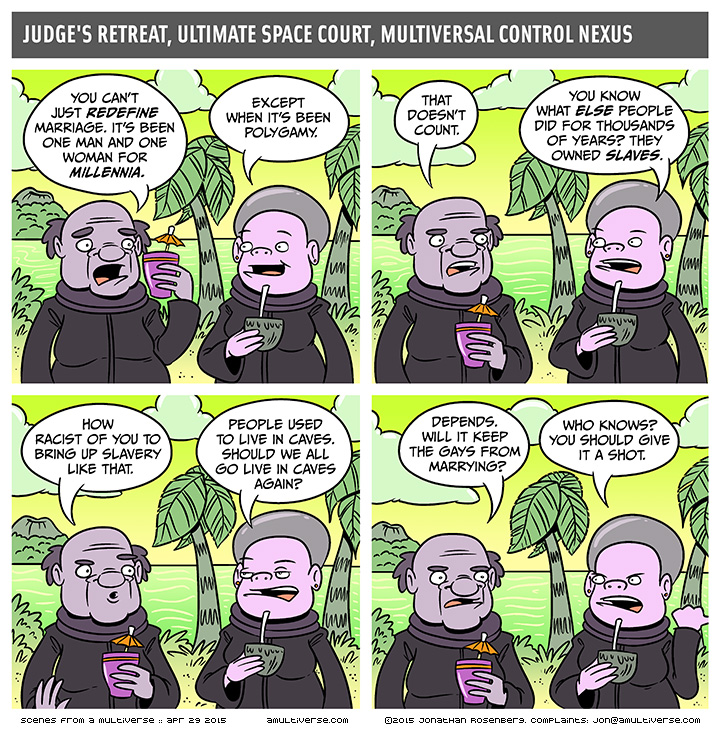 The Supreme Court is hearing arguments on marriage equality this week! I wonder if they discuss the issue amongst themselves? I imagine it would go a little something… like this.

It’s almost that time of the month again — Patreon time! Please consider chipping in a buck to help keep the comics coming. You fine people are the reason I get to do this, and I thank you deeply for the opportunity.

A histone is a protein that provides structural support to a chromosome. In order for very long DNA molecules to fit into the cell nucleus, they wrap around complexes of histone proteins, giving the chromosome a more compact shape. Some variants of histones are associated with the regulation of gene expression.
Credit: Darryl Leja, NHGRI

Characteristics passed between generations are not decided solely by DNA, but can be brought about by other material in cells, new research shows.

Scientists studied proteins found in cells, known as histones, which are not part of the genetic code, but act as spools around which DNA is wound. Histones are known to control whether or not genes are switched on.

Researchers found that naturally occurring changes to these proteins, which affect how they control genes, can be sustained from one generation to the next and so influence which traits are passed on.

The finding demonstrates for the first time that DNA is not solely responsible for how characteristics are inherited. It paves the way for research into how and when this method of inheritance occurs in nature, and if it is linked to particular traits or health conditions.

It may also inform research into whether changes to the histone proteins that are caused by environmental conditions — such as stress or diet — can influence the function of genes passed on to offspring.

The research confirms a long-held expectation among scientists that genes could be controlled across generations by such changes. However, it remains to be seen how common the process is, researchers say.

Scientists tested the theory by carrying out experiments in a yeast with similar gene control mechanisms to human cells. They introduced changes to a histone protein, mimicking those that occur naturally, causing it to switch off nearby genes. The effect was inherited by subsequent generations of yeast cells.

The study, published in Science, was supported by the Wellcome Trust and the EC EpiGeneSys Network.

Professor Robin Allshire, of the University of Edinburgh’s School of Biological Sciences, who led the study, said: “We’ve shown without doubt that changes in the histone spools that make up chromosomes can be copied and passed through generations. Our finding settles the idea that inherited traits can be epigenetic, meaning that they are not solely down to changes in a gene’s DNA.”

Long ago in a kingdom far away reined an all-powerful Sith Lord whose powers were feared second only to his medieval Darth Vader armor. Now this one of a kind relic from the past has been unearthed and displayed in all its splendor. 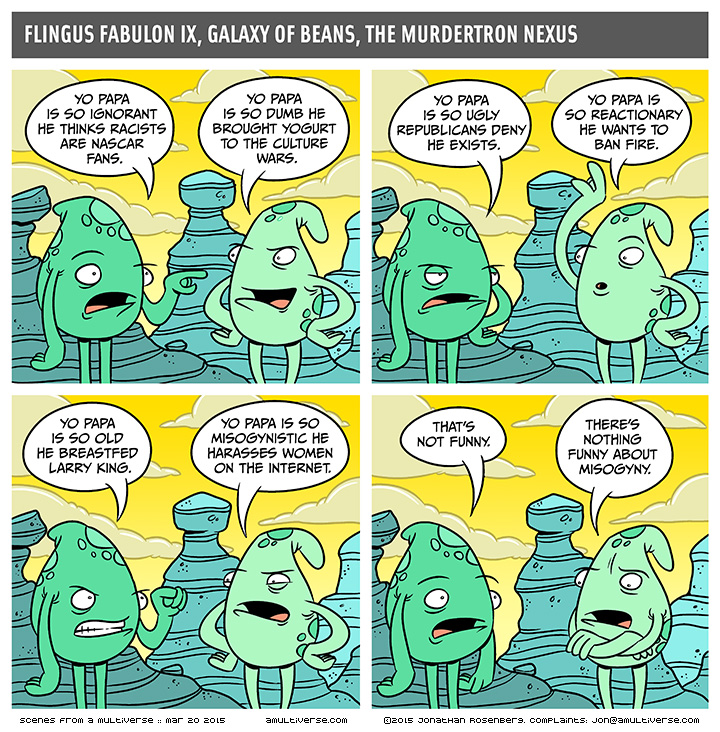 Yo papa so tired, he can’t think of anything to put in this newspost.

Have a great day!

I See What You Did There: Photographer Poses Marvel Superheroes In Creative Situations
Wednesday February 25th, 2015 at 11:26 PM

Oh what, you guys have never seen a giant green peen before? Come on, Joker -- you're friends with Killer Croc. Indonesian photographer Edy Harjo (links to his Facebook page with even more pictures) poses Marvel superheroes in funny situations and takes pictures of them (with some Photoshopping). I do something similar with my stuffed animals, except the situations are much more compromising than they are funny and I have every intention of extorting the stuffing out of them. Keep going for a bunch more.